As the use of sophisticated software applications has grown in industry, attempts have increasingly been made to simplify the process of programming complex automation systems in the interest of lowering barriers to their adoption. One approach has been to rely on large, online libraries of pre-existing code that can be fairly easily pieced together into a functional application. Another has been the development of low-code and no-code methodologies such as Google's Blockly visual programming language that allow end users to design applications through intuitive programming metalanguages.

Automation provider Comau has recently adopted this latter approach with the release of its MI.RA/Dexter software. MI.RA/Dexter uses a programming metalanguage that is able to translate human syntax into robot syntax. In other words, end users are able to program a robotic system by stringing together a series of simple commands, such as “look” at an object, “touch” a specific point in space, “listen” to voice recognition operations, and “reproduce” or “execute” specific actions. Through voice commands, MI.RA/Dexter can even adjust and correct actions in real-time. By eliminating the need to write code, the software can allow manufacturers to avoid the costs associated with dedicated robot programming.

According to Giovanni Di Stefano, innovation and process technologies leader at Comau, the fact that MI.RA/Dexter was developed within an industrial automation company allowed developers to embed 50 years of system integration experience within the software.

The software's capabilities were recently demonstrated by quality control operators who used it to program a complex robotic workcell for the new Fiat 500 full-electric vehicle. A robotic system driven by MI.RA/Dexter was tasked with automating the testing and control process for the vehicle's infotainment systems, which required a robotic arm to enter the vehicle through the window and press small, individual buttons on a programmable touchscreen. This procedure, when carried out manually, is extremely repetitive and typically has a high margin of error.

The system at Fiat uses two separate robots: a large Comau NJ-220 robot outfitted with a touch-sensitive skin to allow it to slow its speed and force when it comes into contact with a human operator, and a smaller, more precise Racer5 cobot from Comau mounted on the NJ-220's wrist to engage in automated testing activities inside the vehicle. The NJ-220 can insert itself through the doorway or window of the vehicle, with the Racer5 conducting more specific operations pertaining to the programming of the infotainment system. Because both the Racer5 and the NJ-220 are intrinsically safe, a worker can sit inside the vehicle while the robots are working without the need for a protective barrier. 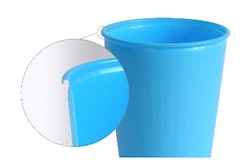 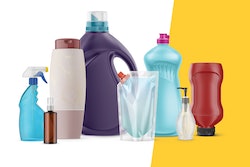 A Visual Guide to the Latest Trends in Specialty Closures 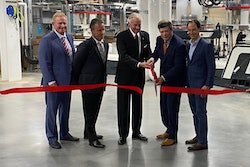