Is the Future of Automation Modular?

As standards orgs and suppliers drive the modular automation concept forward, the future of automation looks toward the re-imagining of complex processes and automation infrastructures into subsets of easily configurable building blocks.

The idea of modularity in automation hardware and software has been a long sought-after goal across the manufacturing and processing industries. Taking a tour through any production facility will highlight a primary driver behind modularity, i.e., most facilities use an array of technologies from many different suppliers. While reasons for this disparate technology use range from cost and feature/functionality to brand preference and buyer/seller relationships, the integration of these technologies are possible largely due to interoperability technologies like OPC UA and IO-Link.

This illustration depicts the connect between the module and orchestration layers in a control system architecture using Module Type Package automation. Source: ABBA truly modular technology is one designed to plug and play with other products. Historically, however, this has not been the norm in the industrial automation world. Even among products that highlight their work with groups like the OPC Foundation, integrating many of these devices with those from other suppliers can require significant integration work. In other words, many automation technology suppliers have not, for the most part, intentionally designed their products to operate in a plug-and-play manner with products from other suppliers, as is more common in the consumer technology space.

ABB is one automation technology supplier that has long been a proponent of modularization. Ralf Jeske, global product manager of control systems and field devices at ABB, said, “Standardization has always played an essential role in industry, either through enforcing legislation, promoting best practices, or simply creating a level playing field in terms of interoperability and integration. And though there are plenty of success stories, one of the more recent standardization efforts is the idea behind modular automation—specifically, modularity based around the exploitation and deployment of Module Type Package (MTP) architectures.”

According to Jeske, MTP-based modular automation is designed to turn even the most complex processes and automation infrastructures into subsets of “easily configurable building blocks, where each discrete process step, machine or element is given its own identity and instruction set within an MTP container. These modular building blocks can then be deployed in any number and combination to create a full-capability processing suite, which can be much more easily reconfigured and extended, simply with the addition of more blocks.”

Each MTP container holds a vendor-agnostic process description of the automation procedures required for the related process module. “The procedures can be generated by the controller or logic engine within the module and then imported and very easily integrated into the primary process control architecture,” said Jeske. “The end result is the creation of a highly flexible production architecture through the use of standardized process modules.” 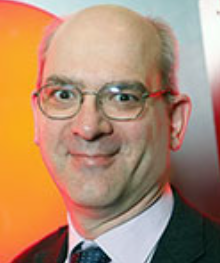 Ralf Jeske, global product manager of control systems and field devices at ABB.A prominent industry driver behind ABB’s focus on MTP is the modularization of mechanical systems and sub-assemblies, where prefabricated and skid-based units are steadily becoming the norm. This is especially true in the pharmaceutical industries, according to Jeske. “This MTP-based modular automation approach is a perfectly matched software counterpart to this hardware evolution,” he said.

Beyond ABB’s focus on automation modularity, organizations like NAMUR (an international user association of automation technology and digitalization in process industries) and ZVEI (the Germany-based electrical and electronics manufacturers association) are also throwing their support behind modularization.

For example, the NAMUR standard 2658 on modular production is being fed into IEC 63280—the standard for automation engineering of modular systems in the process industries—for internationalization.

Jekse said, “NAMUR supports the fact that, to achieve new levels of flexibility, a modularization of process technology, mechanical construction, and automation technology is essential. Not only will it deliver new levels of operational capability and flexibility, but it also unlocks more effective service-based control.”

Offering an example of how modularization can impact production operations, Jeske said existing Industry 4.0 systems’ feedback will tell you about the operation of your control valve, but with MTP, you get data from a control valve in a filter unit. This difference is important because putting data into context “delivers the capability to enhance and fine-tune components and processing modules to specific applications and then share these enhancements with similar units in the field,” said Jeske. “Indeed, major chemical companies want modular process equipment assemblies common to all plants, where best practice and enhancements are shared by all.”

Jekse added that ABB’s larger customers often tell ABB that it is not their core business to perform detailed design of production sites. “What they want to do is generate a shopping list of capabilities and then have supplier companies work towards fulfilling this list,” he explained. “This is where modular automation is defining a new design/build/operate eco-system where machine suppliers and OEMs deliver full-service capabilities, taking the onus off the end user to design, build, and maintain their own plant.”

In addition to impacting how plant floor equipment and the software that runs it is designed, Jeske contends that modularization will change plant design too.

“Existing plant design tends to be a top-down approach, where you start with the process flow and then decide what you need to install to meet these needs,” said Jeske. “Modular automation, on the other hand, offers the capability to do top down/bottom up. By knowing what MTP modules are available, you can immediately anticipate where they fit your process and design upwards. Not only does this save time, but also development effort and, as a result, costs.”