Because the increasing variety and complexity of parenteral drugs calls for new dimensions in quality assurance, CDM Lavoisier recently changed their inspection processes for more than 30 products in four different packaging formats to the new AIM 3000, a fully automated technology with a combination of visual inspection and container closure integrity testing (CCIT). A long-term partner, CDM had previously implemented several inspection machines as well as filling and packaging technologies with Syntegon Technology (formerly Bosch Packaging Technology).

Founded in 1888, CDM Lavoisier is a family-owned manufacturer of injectable drugs. “Since the beginning, we have developed products according to the needs of healthcare professionals and sick people. We are committed to top quality for the safety and efficiency of our products. It is with this state of mind that we regularly develop new packaging and formulas,” said Philippe Truelle, CEO of CDM Lavoisier in the company’s mission statement.

The pharmaceutical manufacturer had previously been working with a combination of automated and manual inspection, so one of the requirements of the new system was to fully automate the inspection process for cosmetic defects like the so-called black spots originating from the ampoule closing process, or non-moving particles within the containers. 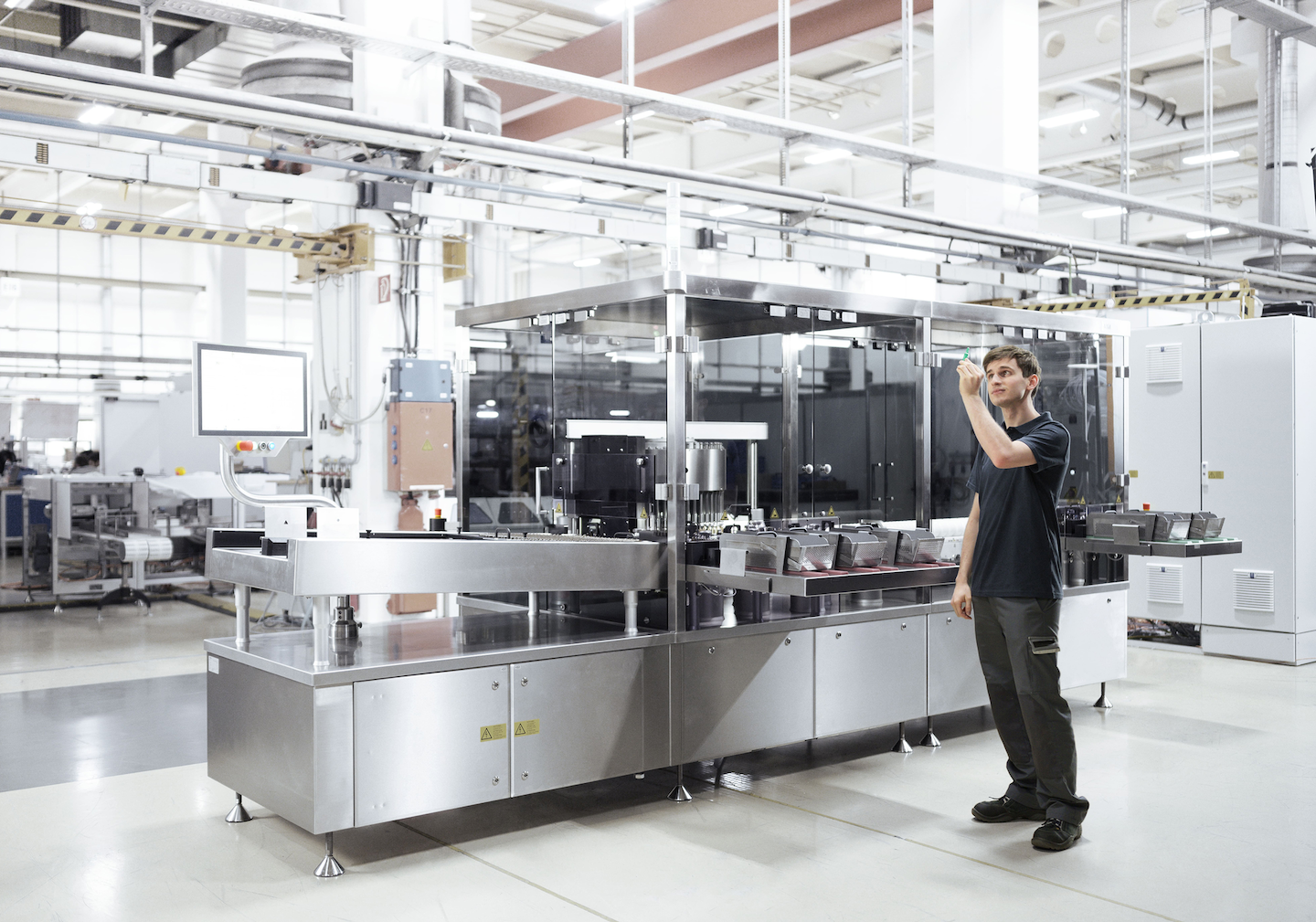 “Fully automated visual inspection offers several advantages, such as process consistency, speed and cost effectiveness,” said Truelle. “Nevertheless, the main challenge was to optimize particle detection rates and reduce false reject rates within the system.” Since many different parameters such as viscosity, density, fill volumes or the presence of bubbles can affect process performance, it was crucial to evaluate the performance of the system based on a wide range of process parameters and solution properties, in order to qualify a robust and consistent visual inspection process. Once this challenge was overcome a large variety of inspection recipes had to be implemented, and fast changeovers ensured, for approximately 30 different products in four packaging formats.

The first model of the AIM series was developed by Eisai Machinery some 40 years ago. In 1985, the KLD series was introduced by Bosch Packaging Technology using high-voltage leak detection (HVLD). It detects leaks by measuring the electrical resistance of containers with conductive solutions. Today, both technologies are an integral part of Syntegon Technology’s inspection portfolio, and the AIM 3000 combines the enhanced visual inspection from the original AIM series, and HVLD from the KLD series. The new platform inspects ampoules and vials containing solutions and suspensions at an output of up to 450 containers per minute.

To sort out damaged containers before they enter the main inspection turret, the AIM 3000 is equipped with a pre-inspection station. The core module features a high-resolution CMOS camera with high-speed interface for particle and cosmetic inspection, as well as a built-in re-inspection function. The customizable platform can be retrofitted on site to add further visual inspection stations or the HVLD module – which is what CDM Lavoisier opted for. “The AIM 3000 not only offers us high speed, but also a reduced footprint thanks to its integrated HVLD module,” said Truelle. It also equips CDM Lavoisier for the current and upcoming requirements of EU GMP Annex 1.

For Truelle, the highlights of the new technology are multiple: “First, the HVLD module really works for all products, including Water for Injection (WFI). And second, the mechanical aspect of the equipment leads to significantly reduced glass breakage rates during the process.” Syntegon’s transportation technology relies on the Bernoulli principle instead of transporting containers via a star wheel using vacuum grippers. This principle allows for contactless handling of glass containers without mechanical stress. In the unlikely event of glass breakage, no glass splinters will be sucked into format parts or the pneumatic system. 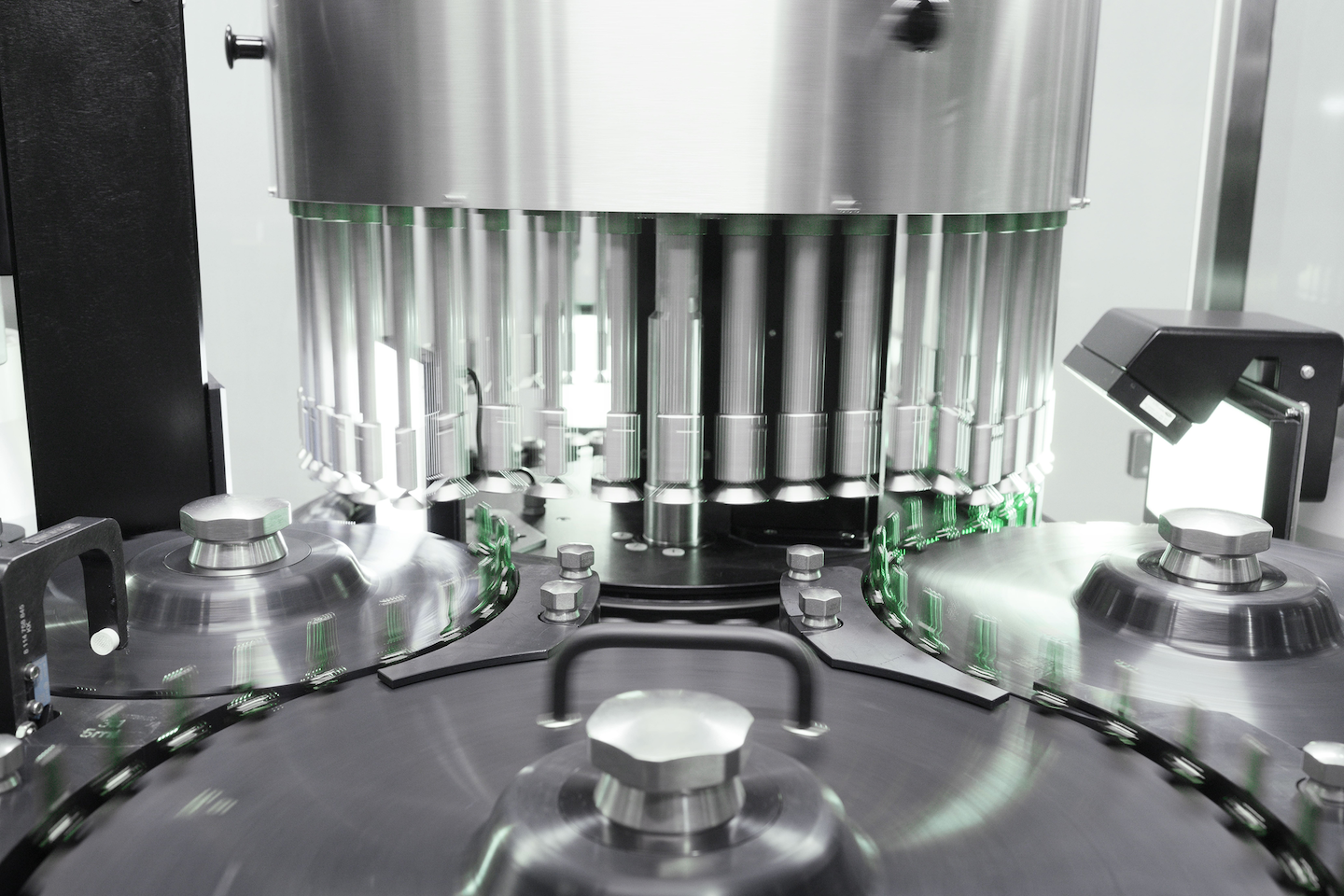 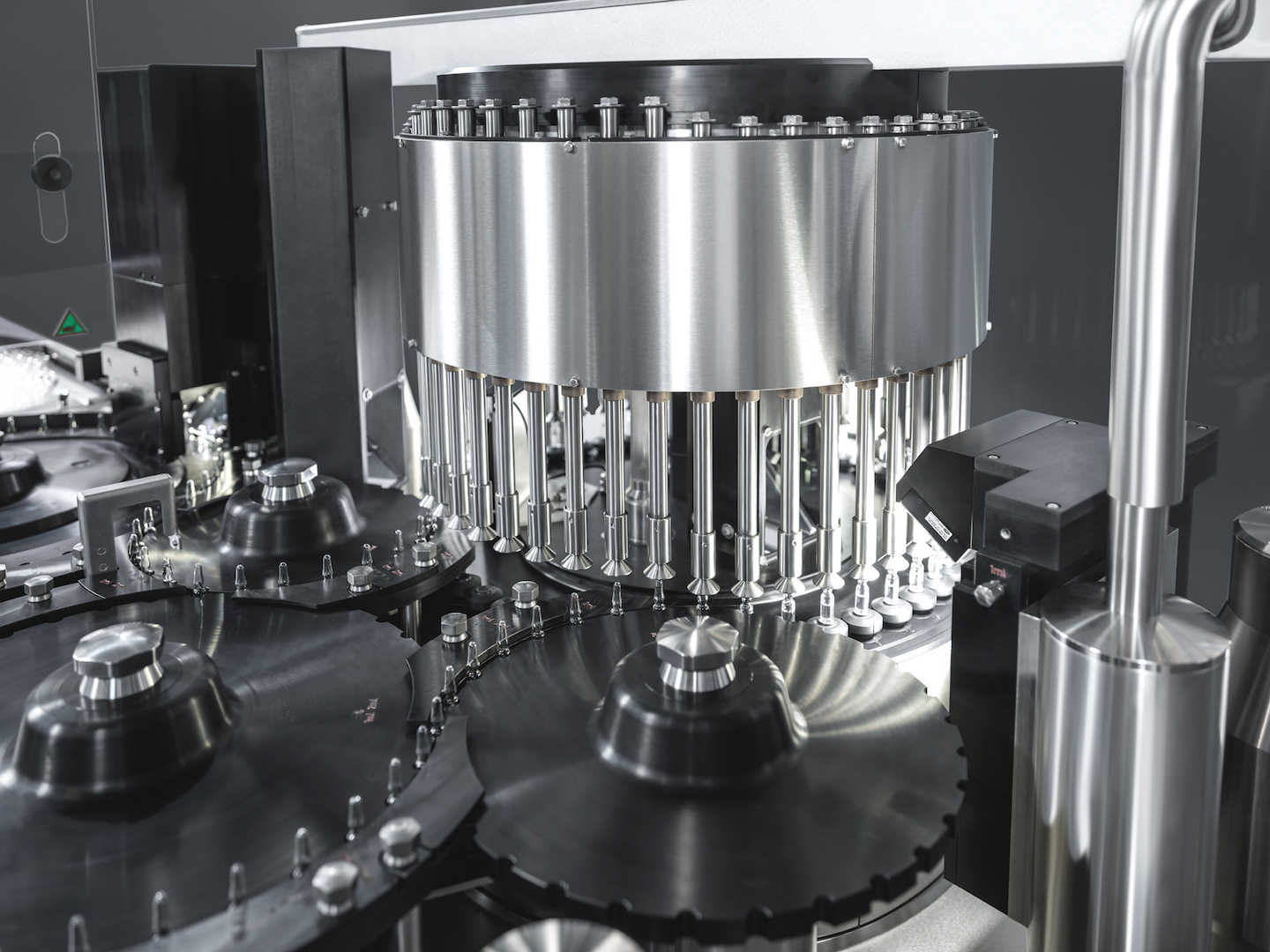 Despite the sophisticated technology, several steps were required to implement the AIM 3000 with the ideal settings for CDM Lavoisier. “The Syntegon team tackled each challenge. It was a real partnership between our two companies,” said Truelle. The first major milestone consisted of selecting both good and bad samples for each of the 30 plus products. The Syntegon inspection experts tested all of them offline and developed suitable inspection recipes. Next came the machine layout validation, the Factory Acceptance Test (FAT) in Germany, followed by the re-installation and machine instruction training at the CDM site in France, including Installation and Operational Qualification (IQ/OQ). “Finally, it was time to see whether the new equipment really is more efficient and effective than the previous combination of automated and manual inspection,” said Truelle.

For CDM, the AIM 3000 project not only had a positive outcome on the efficiency of inspection processes, but another important optimization was discovered as well. “The more sensitive and sophisticated the inspection process, the more you learn about your prior production processes,” said Truelle. “Thanks to the information we obtained from the AIM 3000, we were able to systematically identify and adapt crucial sections within our filling and sealing processes, to make them more stable and to reduce the number of unnecessary rejects even further. In fact, our performance is increasing from week to week.”

CDM Lavoisier has successfully managed the technology shift in its inspection of glass ampoules. “We are still in a continuous improvement process. But we can definitely confirm that the Syntegon inspection technology and the entire AIM 3000 project has led to major improvements. After 25 years of successful cooperation, we were already familiar with the professional and future-oriented working methods. This very demanding project with its thorough project management and efficiency has once again convinced us of their qualities as a reliable partner,” said Truelle. 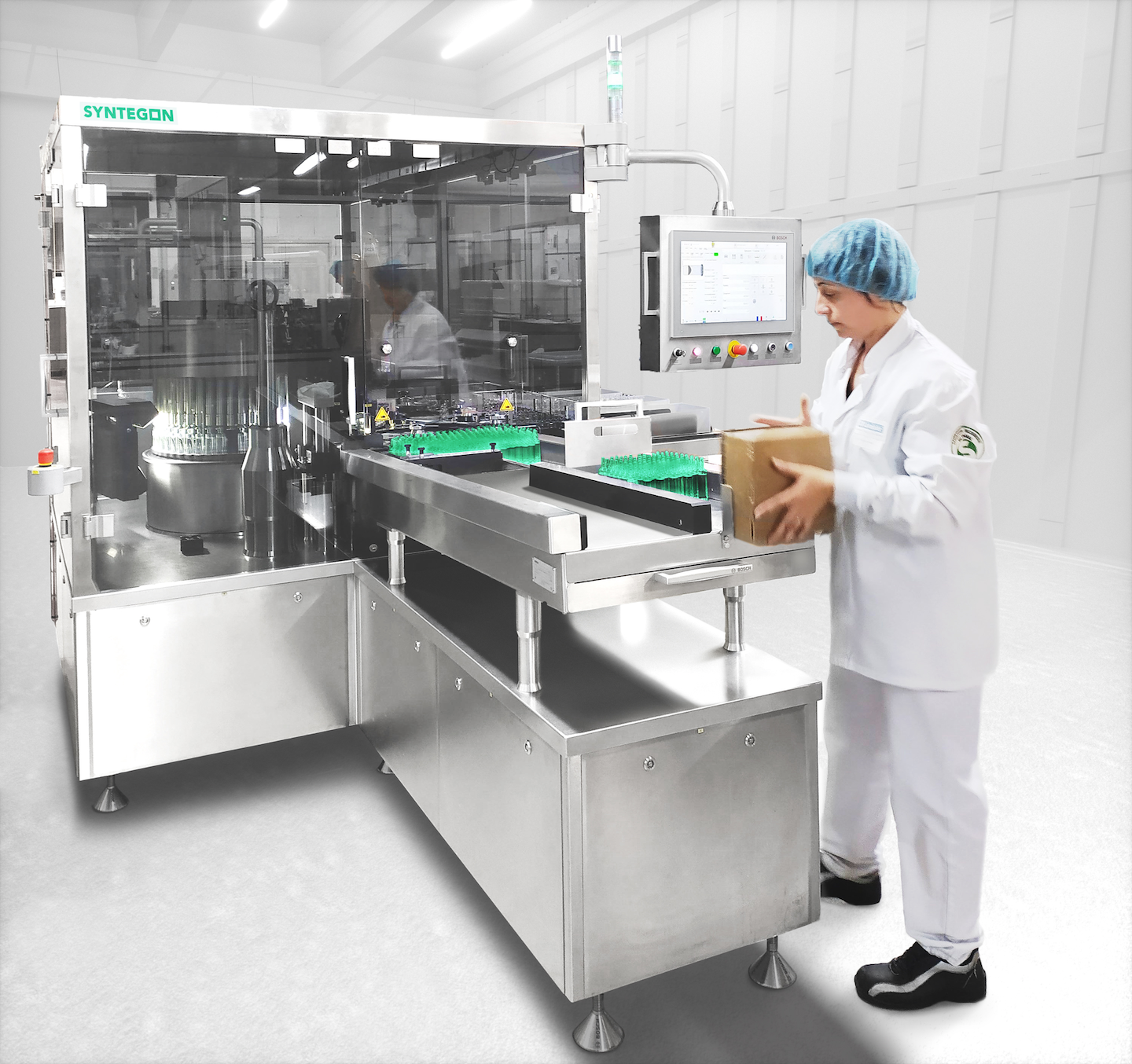 The November 2020 issue of Packaging World will have landed in your mailbox about a week after the industry’s most engaging 2020 event, PACK EXPO Connects from PMMI Media Group (PMG).
Matt Reynolds
Nov 14th, 2020
More in Home