The C12XL 6-axis robot from Epson Robots is the company’s highest payload, highest reach robot and can be used for packaging, kitting, machine tending, or palletizing.

Epson Robots showcased its new C12XL 6-axis robot at PACK EXPO Connects. This newest addition to the company’s C series of 6-axis robots is Epson Robots’ highest payload and highest reach robot released to date. It features a 12kg payload capacity and a reach of 1400mm.

As with Epson’s other 6-axis robots, the C12XL has a slim, lightweight design due to its use of Epson’s QMEMS (quartz micro electro-mechanical system) technology in the robot’s gyro sensors, which are part of the robot’s servo system. This technology dramatically reduces the weight of the robot, allows for low residual vibration, and minimizes overshoot with smooth end-of-arm motion, according to Epson.

Aaron Donlan, product manager at Epson Robots, explained, we have embedded these “sensitive quartz crystal sensors in the robot, which allow it to sense and counter the actual vibration of the arm in real time.” 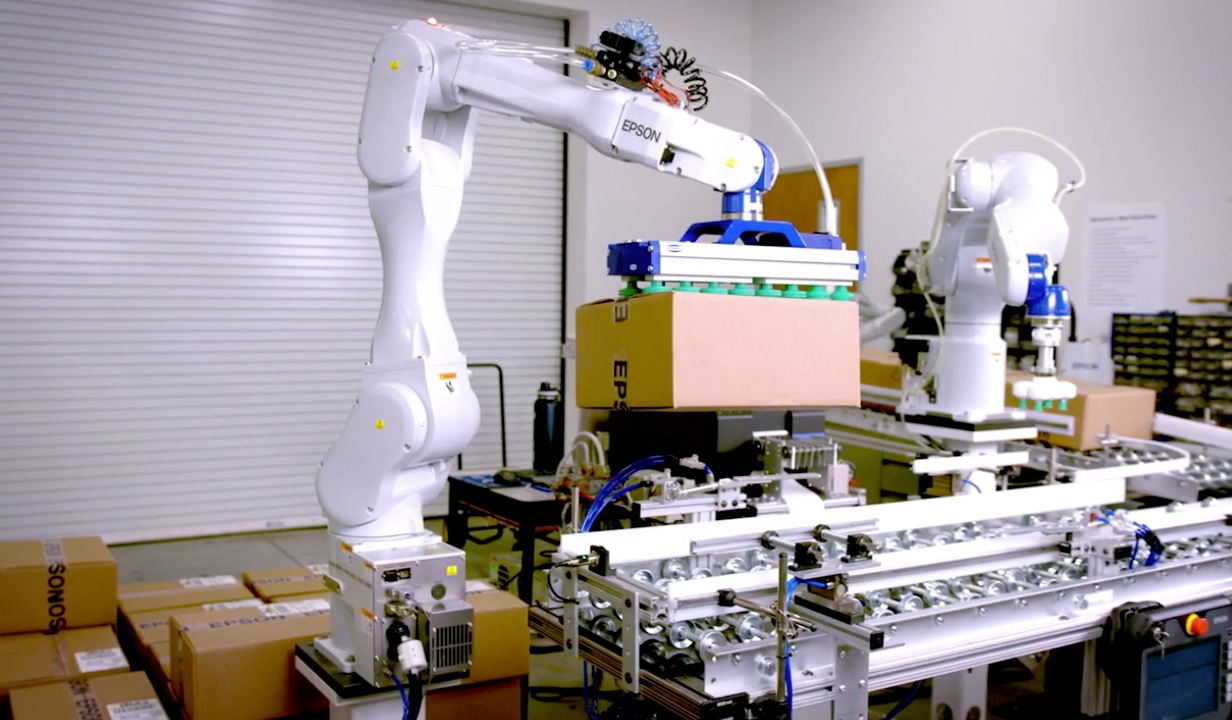 Demonstration of the C12XL in a basic palletizing application.The C12XL features high acceleration/deceleration rates and high-speed cycle times to optimize parts throughput. Its compact wrist pitch enables access to hard-to-reach areas. ISO 4 Cleanroom models of the C12XL are also available. In the cleanroom version, protective covers are used to avoid static buildup and a vacuum port in base pulls particles in.

Usable as a stand-alone robot or as part of line, the C12XL can be used in end-of-line applications such as packaging, kitting, material handling, or palletizing.

The RC700-A compact controller for the C12XL is small enough that some customers install the controller in their high voltage panels, Donlon said. The controller has multiple option slots and can control up to four robots in a work cell.

The internal cable design of the C12XL minimizes wear and tear for prolonged durability, according to Epson Robots. The cabling in the C12XL terminates after the J4 wrist. “There are two 6-mm air lines, a 15-pin D-Sub connector for I/O, as well as an RJ45 cat5e cable—often used when a mobile camera is at the end of the arm,” said Donlon.

Cable exits can be configured to have the cable exit through the rear or bottom of the robot’s base. 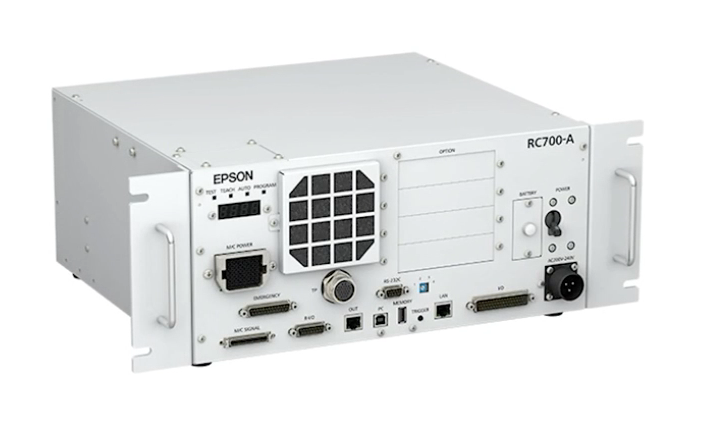 In a demonstration of the C12XL in a basic palletizer application, Donlon showed the C12XL with an end-of-arm vacuum tool for handling corrugated cases. “As cases are presented to the robot, the vacuum will engage and the case will be placed onto the pallet in the correct pattern,” he explained. “One advantage of a robotic palletizer is that intricate pallet patterns can be created allowing for interlocking of unstable cases.”

An integrated vision option is also available for the C12XL.