By moving from batch assembly to a semi-automated, single-piece flow assembly, component manufacturer Microlab achieved a 90% reduction in its production cycle time.

Single-piece production is a staple of lean manufacturing. Microlab, a manufacturer of high-performance components such as directional couplers and filters for RF and microwave distribution systems, had not designed its original workstations with such lean principles in mind. This led the Parsippany, N.J.-based manufacturer to experience inefficient assembly and long production times.

To save money, time, and to provide a larger variety of products for its customers, Microlab decided to switch from batch assembly to a one-piece flow.

A customized lean manufacturing workcell allows a company to connect individual processes into a seamless, semi-automated production flow, eliminating aspects of waste as products move from one assembly process to another. Unlike batch production, in which uniform products are assembled in large quantities based on a single set of criteria, a lean manufacturing flow allows greater control over individual product units while still maintaining efficiency.

Microlab’s existing production line could only support batch quantities. Independent assembly stations that were spaced apart prevented a seamless workflow, and the poor logistics increased production costs due to wasted motion and time.

The component manufacturer envisioned a new lean manufacturing work cell as “a very simple conveyor system to transfer products around a basic lean line,” said Jeff Roberts, Microlab’s vice president of global operations. Ultimately, the new line resulted not only in a 90% reduction in cycle time, but also the flexibility to offer a larger variety of products and to customize products. 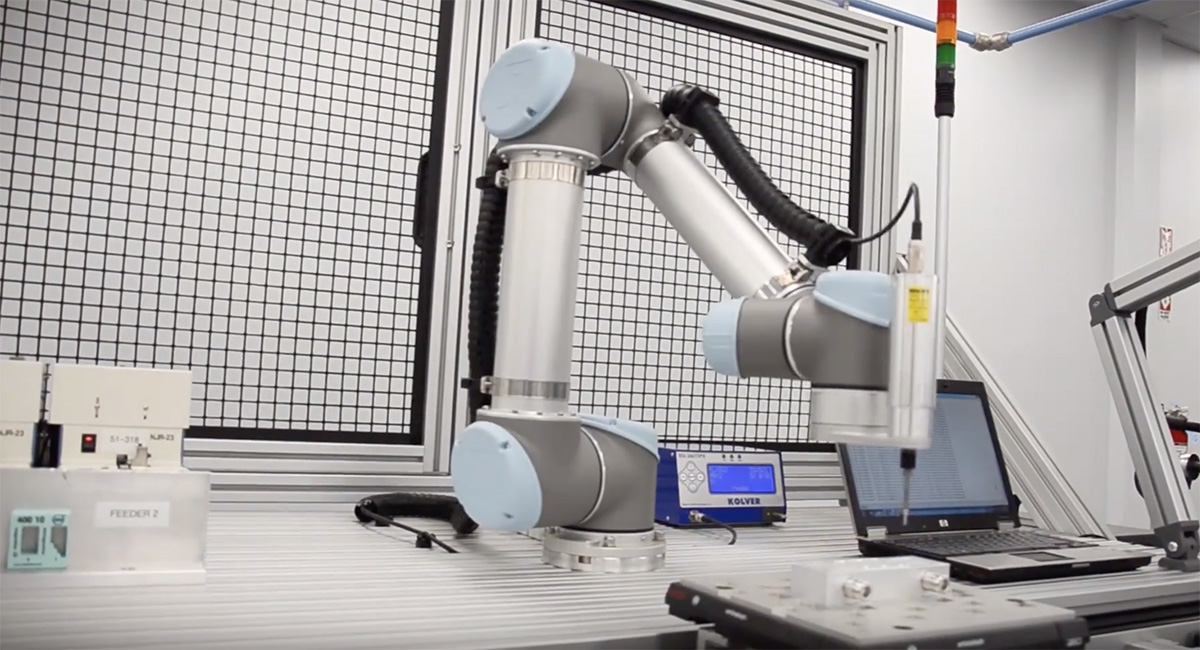 Microlab’s six-axis cobot was integrated into the new automated system for screw insertion. A lift-and-locate module from Bosch Rexroth was used to accurately position the workpiece pallet to ensure proper and repeatable screw insertion.The installation and commissioning of a new semi-autonomous, lean work cell would need to be completed with minimal disruption to production. The project would also need to be contracted to a supplier that could own the entire project to provide design, component/system integration, delivery, and installation of the turnkey system. The supplier would also need to have robotics and automation expertise to incorporate a collaborative robot and Cartesian robot system into the new work cell.

After several initial concept and design collaboration meetings with Airline’s engineers, a final design was approved by Microlab for construction by Airline’s fabrication team. The line consists of a Bosch Rexroth TS 2Plus series pallet conveyor/transfer system, along with seven Bosch Rexroth customized, modular, ergonomic workstations. The new design vastly improved material logistics through the use of a centrally located, Bosch Rexroth-customized “supermarket” material cart, which dispenses parts to the work cell and routes finished goods to the shipping department.

Every station of the work cell can be controlled using an Omron human-machine interface (HMI) on the master control panel. “One of our programmers, Alberto DeOrta, came up with the screen designs for the HMI,” said Darren Rist, an automation applications engineer for Airline. “One interesting feature was to simply touch a visual interpretation of the section of conveyor on the touchscreen to bypass sections of conveyor when that operation was not needed.”

Tony Smith, Microlab’s manufacturing manager, added, “The HMI gives me complete control over the entire production process and every workstation.”

The work cell design uses the SimplAir pneumatic piping system from Ingersoll Rand. This system ensures the leak-free and maintenance-free distribution of compressed air to key positions within the work cell.

Initial installation was completed in the spring of 2018, with some additions coming later, including material shuttles, ergonomic chairs, additional conveyor stations, and remote access options for programming. Rist opted for the mGuard secure, permissions-based industrial network router from Phoenix Contact for remote access capability. “This secure VPN device enabled Airline to make remote changes to the conveyor program without the additional cost to have our programmer make an in-person visit,” he said. “It’s an option that is even more valuable now with new COVID safety precautions in place.”

The entire lean work cell, occupying about 2,000 sq ft, was assembled and tested at Airline’s facility in Bensalem, Pa., enabling Microlab to continue uninterrupted production in its facility during the construction and testing phases of the project. 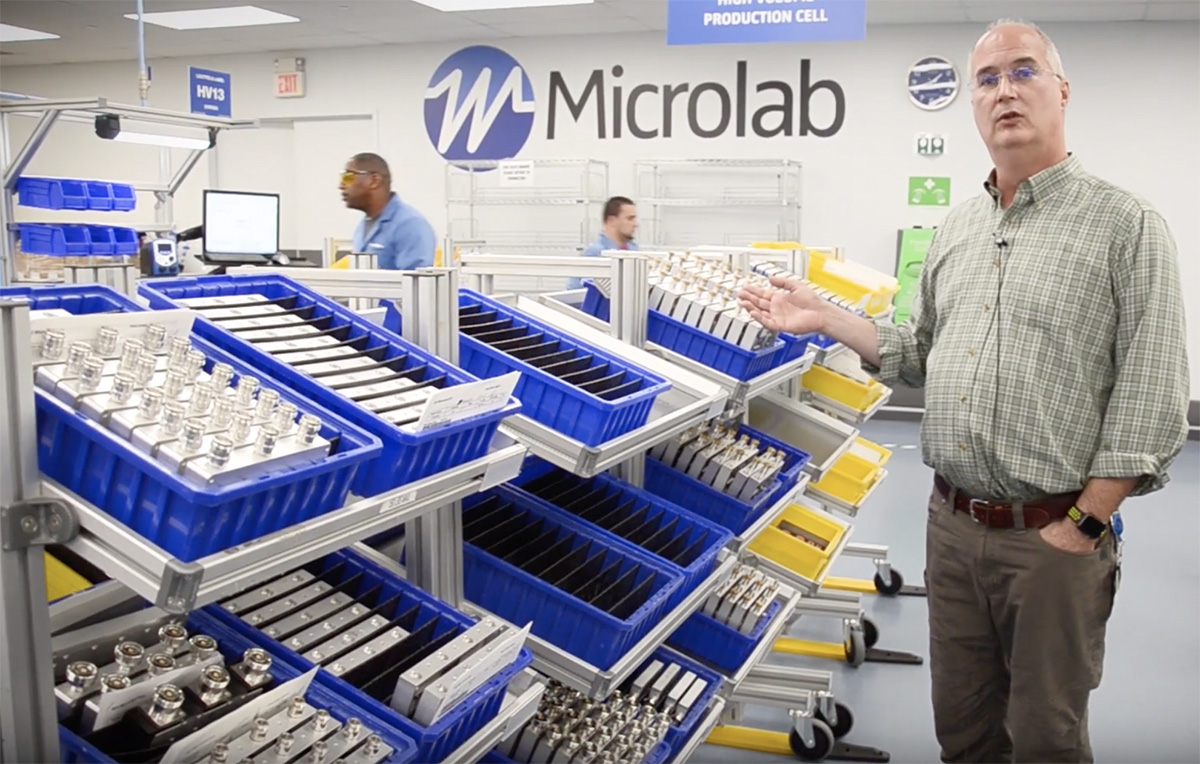 Airline provided work carts for Microlab’s “supermarket,” a centrally located staging area in the middle of the lean cell, which decreased setup and breakdown time.“In the end, Airline delivered a fully functional and automated lean work cell that far exceeded our initial vision of a simple conveyor system transferring products around a lean line,” said Roberts.

In the new work cell, product assembly time was reduced from 20 minutes to two minutes. The elimination of batch production also led to a significant reduction in product defects and rework and minimized costs to carry surplus product inventory.

“The positional accuracy of the transfer conveyor enables us to automate production processes that were previously completed manually,” said Smith. “Airline was able to integrate all our individual production processes into a single, seamless one-piece workflow, which eliminated inefficiencies and waste, and reduced our production costs.”

Initially estimated at 24 months, return on investment was achieved in just 13 months. In addition, the highly modular and flexible work cell can be easily reconfigured and expanded to support future growth.