Decision-making autonomy and work hours satisfy purchasing personnel, but advancement potential and income receive a thumbs-down. Meanwhile, cuts in both staff and budget increased significantly in packaging since 1997.

Between 1997 and 1999, the average salary for packaging buyers rose to $54괌 from $46귔 (Chart A). That’s an annual increase of more than 8%. Despite the seemingly generous pay hikes, purchasing people remain neutral when it comes to their overall job satisfaction.

Those are among the findings of Packaging World’s second reader survey on salaries. Independent research firm Market Research Support Services (Roselle, IL) tabulated the results of both the 1997 and 1999 surveys. The most current survey results, as well as a comparison between the two, was published last month (see PW, March ’00, p. 30 or packworld.com/go/salary). This month, PW concludes its 1999 survey reports with articles on packaging engineers (see p. 56) and purchasing agents.

Of the 307 respondents in 1999, 15% were purchasing agents. That number is down significantly from 44% in the previous survey. It’s uncertain whether fewer respondents affected the results, or the comparison to ’97. Two years ago, our survey report noted that purchasing agents ranked among the lowest in compensation among packaging people.

Concerns about job security was a major reason why agents weren’t bullish about their current positions. Nearly three times more respondents in 1999 (by percentage) indicated they had experienced packaging-related staff cuts in the previous 12 months compared to 1997 (Chart B). Again, by percentage, in 1999 more than twice as many respondents reported packaging-related budget cuts, compared to ’97.

Purchasing must handle “too many nonrelated tasks due to understaffing,” pointed out an agent with a food and beverage company in the Midwest.

The most recent survey shows that only 6.7% of respondents said they were promoted to a new job in the last 12 months, down from 16.5% in ’97. And far fewer buyers changed jobs or switched to a new company in the 1999 survey.

Those figures bolster the dissatisfaction respondents reported regarding advancement potential. Salary was also a low-rated factor.

A glance at Chart C shows that in percentage terms, 1999 respondents were more satisfied and less dissatisfied with their salaries compared to ’97.

Overall job satisfaction was mixed, while agents were most satisfied with decision-making autonomy and number of hours worked.

In comments from respondents, not a single one complained about compensation. Instead, comments most often addressed time limitations that prevented them from negotiating more favorable pricing.

“A lack of researching time has reduced my bargaining effectiveness below where it should be,” said an agent with a Midwest food/beverage business. “Time constraints [don’t allow] me to concentrate on cost-savings opportunities in packaging,” added a purchasing agent in the Northeast.

“Putting out fires prevents many activities [such as] spending on consolidating packaging and having fewer cartons,” believed a buyer with a Midwest maker of “juvenile” products.

Just as satisfaction with salaries was a mixed bag in 1999, so too were pay raises (Chart D). Overall, the average raise was 3.9% in ’99, almost identical to the 3.8% boost reported two years earlier. This time around, agents saw more raises in the less than 3% and in the 5% to 7.9% ranges. Fewer 1999 respondents reported increases in the 3% to 4.9% range. What was encouraging was that the 1999 survey yielded (on a percentage basis) a reduction in the number of respondents who hadn’t received a pay hike either in the last year or in the last two years.

By percentage, women respondents were more common among purchasing pros than was the case among engineers. Women accounted for 28% of purchasing agents responding to this survey. Among all purchasing respondents, the average age was 49.

Respondents most frequently were employed in food or beverage industries, followed by pharmaceuticals, cosmetics and chemicals. Unlike their engineering counterparts, purchasing agents tended to work for larger firms in ’99 than they had two years earlier. Agents reported in 1999 that they worked for companies that had an average of 840 employees worldwide, up from 1997’s average of 716.

Geographically, the Midwest accounted for the majority of purchasing respondents (46%). Next, in descending order, was the Northeast, Southeast, Southwest/West, Mid-Atlantic and Mountain states.

When it came to experience, agents averaged 9.3 years in their current position, 11.8 years total in their total packaging career (Chart E). In 1997, those numbers were 7.4 and 9.6, respectively. The percentage of purchasing people who had earned higher-level education degrees increased in ’99 (Chart F). For instance, 66% had a four-year degree, and 6.4% earned a post-graduate degree by 1999. Two years earlier, those percentages for agents were 55.6% and 5.6%, respectively.

What would please purchasing agents? More time to focus on their central purchasing duties. How can additional work time be gained? A look at a few verbatim survey comments can provide some suggestions.

In at least two instances, buyers mentioned their purchasing duties had expanded beyond packaging. “I order all office supplies, promotional items and cleaning supplies,” lamented an agent with a Midwest manufacturer of pickles. An agent for a Southeast food and beverage maker told us his responsibilities included “services such as pest control, recycling and janitorial, and the consolidation of several locations under one agreement.”

Another purchaser for an unspecified business in the Midwest reported, “I spend too much time and money working on projects that don’t materialize.”

A purchasing manager for a maker of snacks, cough drops and confectionery products in the Midwest offered an assortment of concerns. The manager would like “to have complete files with all the information on each item in one place instead of several departments having bits and pieces.” His time is also shortened by “putting out fires and checking on a new assistant to be sure all is well and being processed correctly.”

The manager’s comment regarding “putting out fires” threaded its way throughout the 1999 and 1997 surveys. That common complaint has existed for decades, and will likely continue. But its repetition among respondents indicates that packaging professionals, regardless of title, are being stretched too thin. The remarks included in this report suggest these dedicated professionals do not have the time to execute the very functions in which they’re paid to specialize. Addressing that situation and making the adjustments necessary to rearrange assignments is a challenge that apparently needs to be faced by many companies. 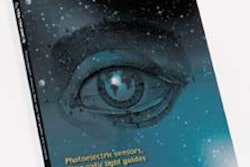 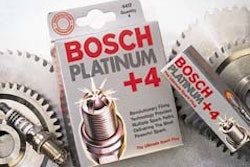 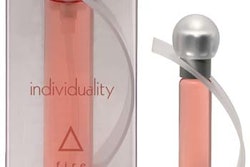