Through its partnership with the Almac Group, Intercept swiftly delivers its first commercial orphan drug product to U.S. market following the FDA’s granting of accelerated approval. 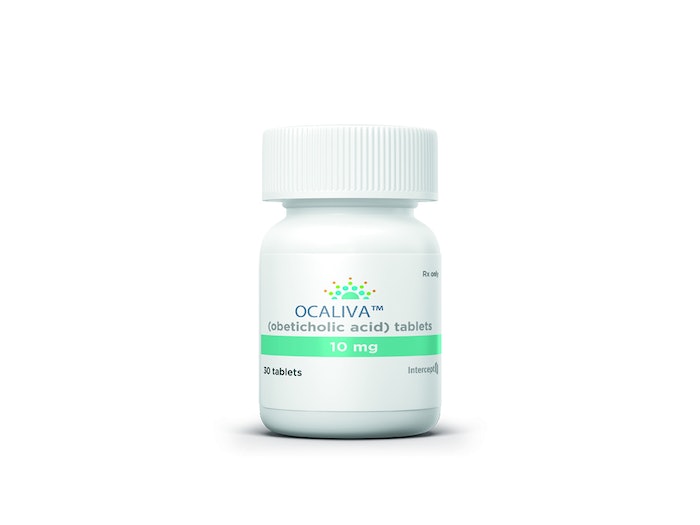 Through its partnership with the Almac Group, Intercept swiftly delivers product to U.S. market following the FDA’s granting of accelerated approval.

U.S. patients suffering with primary biliary cholangitis now can treat the chronic liver disease with Ocaliva™ (obeticholic acid), developed as a result of a partnership between biopharmaceutical firm Intercept Pharmaceuticals, Inc. and the Almac Group, a global contract development and manufacturing organization.

Founded in 2002 in New York, Intercept has operations in the U.S., Europe, Canada and Australia. Ocaliva represents the company’s lead product. On May 27, Intercept announced that the U.S. FDA granted accelerated approval for Ocaliva, which it describes as the “first new medicine for PBC in nearly 20 years.”

In a May 27 press release, Intercept said, “FDA granted accelerated approval to Ocaliva for the treatment of primary biliary cholangitis, previously known as primary biliary cirrhosis (PBC), in combination with ursodeoxycholic acid (UDCA) in adults with an inadequate response to UDCA or as monotherapy in adults unable to tolerate UDCA. Ocaliva is an agonist of the farnesoid X receptor (FXR), a nuclear receptor expressed in the liver and intestine and a key regulator of bile acid, inflammatory, fibrotic and metabolic pathways.”

Utilizing Almac’s commercial Rapid Launch program, delivered from its Audubon, Pa. commercial packaging facility, Ocaliva was packed and distributed May 31 to Intercept’s specialty pharmacy network. The Intercept press release said Ocaliva is expected to be available to PBC patients in the U.S. “within seven to 10 days and will be distributed through a specialty pharmacy network.”

Almac will also support the anticipated EU launch of obeticolic acid, if Intercept receives marketing authorization, together with bulk drug product manufacture from its commercial manufacturing and packaging facility at its U.K. Headquarters in Craigavon, Northern Ireland. A marketing authorization application for Ocaliva for the treatment of PBC was accepted by the European Medicines Authority (EMA) in June 2015 and is currently under review.

The Intercept/Almac partnership began in 2013, with Almac’s Pharmaceutical Development teams supporting the early-phase development of various dosage forms of Ocaliva. Building on this partnership, Almac’s commercial teams have worked with Intercept for the commercial packaging including packaging design and artwork of Ocaliva.

The Intercept press release said, "PBC affects people in the prime of their lives and, for some, the potential need for a liver transplant is a constant concern during these important years," said Linie Moore, a PBC patient and President of the PBCers Organization, the leading PBC patient support group in the U.S. "After nearly two decades with only one approved treatment, we are thrilled to welcome this important new medicine for people living with PBC."

“Our collaboration with Almac will help address the unmet need in PBC by bringing Ocaliva to U.S. patients living with the disease,” said Richard Lancaster, Senior Director, Product Development at Intercept. “We look forward to a continued partnership as we prepare for the anticipated EU approval.”

David Downey, Almac’s VP Commercial Operations, said, “Leveraging development and commercial teams, located both in the UK and US, illustrates Almac’s value proposition of service and team integration. This approach reduced lead-time, mitigated risk and managed challenges, which led to a successful rapid launch within 48 hours of FDA approval over a Memorial Day weekend. My congratulations to all those involved.”

A corrugated shipper’s primary job in e-comm is to get its contents to a consumer’s doorstep intact. But this one is able to do so with a bit of theater and flair.
Matt Reynolds
May 13th, 2021
More in Package Design

SuperCorrExpo 2021 to be Held Live in Orlando

SuperCorrExpo® (SCE), organized by TAPPI and AICC, will be held August 8–12 at the Orange County Convention Center in Orlando, Fla.
TAPPI
Apr 30th, 2021

Rheo Engineering launches a new company division: Rheo Flexibles. It will provide a full range of single use products, all designed and manufactured at the Peoria, Ill., facility.
Rheo Engineering
Apr 30th, 2021