Talking at length with an eco-revolutionary

A Q&A with Albe Zakes, eco-revolutionary and vp media relations for TerraCycle, which turns old packaging into new products.

Rick Lingle
Packaging World: Did you have eco-revolutionary tendencies before you started working at TerraCycle?
Zakes: I have always been very aware of how my actions affect the environment and the world around me. I also love all things outdoors, from snowboarding to backpacking to rock climbing. I was involved with the Colorado Public Interest Research Group (CoPIRG) for three years in college. I started as a volunteer and eventually ran an on-campus awareness group called Environment Alert. Since working for TerraCycle in 2006, I have realized that I probably couldn’t work for a company that was not environmentally responsible or striving to do so.

PW: What are some things you've learned about packaging?
Zakes: I never knew the variety of material types and design types there are in the world of packaging. My experience as a "citizen consumer" is probably universal, believing that packaging is just a vehicle to deliver a product. However, my work with consumer packaged goods companies like Kraft and Mars has made me realize how important packaging is to our consumption, especially as our society strives to reduce, reuse, recycle, and conserve. I have also learned that the “packaging world” is full of incredible opportunities for innovation in regards to cost and sustainability in our CPG-fueled economy.

PW: What's a misconception that people may have about TerraCycle?
Zakes: Hard-core green consumers may look at our work with CPG companies skeptically. I can’t tell you how often I hear people at events or shows say, “TerraCycle is just helping to justify companies using these types of packaging.” The problem is that our consumer product-driven economy is founded on convenience and safety; those traits lead to the use of nonrecyclable materials that are strong and resistant to damage, etc., so the chance of those fundamental demands changing anytime soon is slim to none.

PW: Is TerraCycle a solution to the problem?
Zakes: We at TerraCycle know we are NOT the ultimate solution to the issues surrounding the life cycle of packaging. Clearly that solution is a move to affordable, durable, biodegradable packaging or a move back to the reuse of packaging, which has gone the way of the milkman. Until that day comes when everything is packaged in reusable or biodegradable materials, there needs to be a "stop-gap," and I believe that TerraCycle’s solution is easy for corporations and consumers. It not only helps to address the problem, but it also helps to spread awareness about the problem.

PW: How do you feel about the eco-movement in the U.S., especially as it relates to CPG packagers?
Zakes: I feel hopeful. I think that the whole supply chain—from suppliers to manufacturers to retails to consumers—is making a move toward sustainability. Corporate Social Responsibility (CSR) and sustainability not too long ago were considered a fringe or cult concept, and now every CPG company on the planet has a sustainability department of some sort and releases an annual report on CSR. That is very encouraging, and I think as companies realize that environmental responsibility can be more profitable--which it absolutely can be, when done right--you’ll see even more radical changes.

PW: What advice do you have for eco-minded consumers in making their purchasing decisions?
Zakes: Education, education, education! The issue is that people are busy and have little time to research the companies they buy from. When they are in a store, they have no time to inspect a label with 1,200 words in 2-point font, they are late for work or dinner or to pick up the kids. If a consumer really wants to be responsible in their purchasing practices, they should take some time to find companies with good environmental track records and buy from them as much as possible.

PW: How and when did you start with TerraCycle, and how has that experience been?
Zakes: I started working for TerraCycle right out of college. I applied for a full-time job and was told I didn’t have the experience. Knowing that the CEO Tom Szacky was a savvy businessman, I made him an offer he could not turn down and started as an unpaid intern. My first day on the job, Tom fired my boss, then the director of PR. He handed me a press release and said,  “Place this release in a paper in Atlanta!” That was my entire formal PR training. Since then, the growth of the company and our ability to reach out to both consumers and corporations have been truly inspiring. Despite the startup wages and workspaces, I couldn’t imagine working elsewhere.

PW: What has it been like to work with major CPG companies through TerraCycle?
Zakes: Fantastic! The support and cooperation we have received from the likes of Kraft, Frito-Lay, and Mars have been extraordinary. These companies are putting serious time, effort, and financial support into these programs. It is inspiring to see the major corporations taking sustainability issues so seriously.

PW: What's one thing you've done there that you never imagined would happen?
Zakes: I never imagined that at the age of 24 that I would be selling six- and seven-figure sponsorship deals to the world’s largest CPG companies. Or booking coverage on shows like Oprah, Good Morning America, Ellen, NBC Nightly news, and so on. Most importantly, TerraCycle has given me the opportunity to work for a company that I truly believe is doing good for the world around us. We get letters from kids and teachers in our free recycling programs on a weekly basis. It is touching to know your work is affecting younger generations in such a positive way!

PW: What's the craziest thing you've seen?
Zakes: Where to start! In regards to packaging, we have seen plastic bottles come in full of syringes, plastic bags come in with dog feces in the bag, we even once got a plastic bag with a receipt and several dollars inside.

PW: I see that National Geographic has made a program with TerraCycle…how did it turn out?
Zakes: Great! it is actually a TV series pilot called Garbage Moguls, and all signs point to us getting more episodes in fall 2009 on the National Geographic Channel. The experience was a lot of fun, but also made getting real work done very difficult. Who knew filming a reality TV show would be difficult and time-consuming? The shows follows our gang of eco-revolutionaries from the idea board to the landfill to product design and testing and even into Walmart and OfficeMax buyer meetings, so it gives people a good idea of what it is like to make products from garbage!

PW: One last thing: Is there anything TerraCycle wishes it had have done differently?
Zakes: We are growing and expanding at a frantic pace. Sometimes I think we would be better served to slow down and take one project at a time. Often because we are such a rush, our profit margins become razor thin, as we don’t always have time to find the best way or most affordable processor or manufacturer for our material. That said, we have done a lot already in 2009 and have many more plans to put systems in place that will allow us to grow at the same rate but become more profitable at the same time.

For a list of PW's Podcasts and other editorial about TerraCycle, click here.
Companies in this article 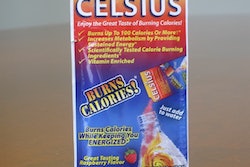 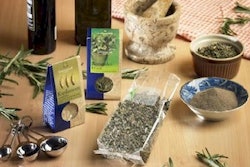 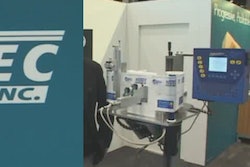