Last month, Elmhurst, IL-based Keebler Co. introduced stand-up contour pouches for its new 7-oz Elf® Grahams snacks. The pouches are meant to be used as hand puppets after the product is consumed.

Dotted lines and copy that reads, "to make puppet, cut empty bag here," show consumers where to cut the pouch to provide space for a hand. Sold in both honey and cinnamon versions, the collectible packs feature images of Keebler's Ernie the Elf on front panels and other "Elfin friends" on back panels.

Carter says the contour pouch represents a first for Keebler. As such, it poses a challenge. "It's much more difficult to make and seal than a typical straight-sided bag," he admits. For the launch, Keebler semi-automatically filled the pre-made pouches through the top and heat-sealed them at its Athens, GA, plant. The company expects to automate bag opening/filling/sealing at the plant by November. While it won't reveal the equipment supplier, industry observers suggest it will likely be Nishibe, represented in the U.S. by Profile Packaging (Sarasota, FL).

Now reaching nationwide distribution, Elf Grahams sell for $1.99 to $2.49. Shelf life is six months. According to Peggy Holden, manager of packaging research, "We've had nothing but positive response to the pouch." 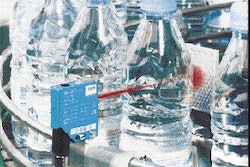