If imitation is the sincerest form of flattery, makers of nutraceuticals and over-the-counter cold and flu remedies truly must appreciate the success of breath freshener strips that debuted about three years ago. The strips dissolve quickly on the tongue, they eliminate the need to measure and pour a liquid dose of medicine, and the pocket-sized rigid plastic cases that protect the strips provide consumer convenience.

Among the new packaged strips now delivering drugs and vitamins are the following:

• Novartis Consumer Health’s Thera Flu strips for adults and Triaminic Thin Strips for children are marketed in a package weighing 0.05 lb, with dimensions of 3.83”Wx4.35”Hx0.79”D. In July, www.drugresearcher.com reported: “Novartis Consumer Health is set to become one of the first companies to launch a pharmaceutical based in the ‘film strip’ format.” The report said that Novartis claimed that Triaminic and Theraflu Thin Strips were “the first systemic medicines to be delivered in this form.”

• That same www.drugresearcher.com report noted that Zengen last year launched a strip that delivers benzocaine, a local anesthetic, for sore throats. “At the time, the company claimed this was the first time that this type of delivery system had been used for an active pharmaceutical ingredient.”

• Watson Foods’ managing director of international sales, Walter Zachowitz, told www.nutraingredients-usa.com that the delivery method will be more than a fad for nutraceuticals. “The real potential, however, is as a drug delivery system, although this is at least three years down the line,” he was quoted as saying. He said that outer packaging is the key to keeping the film product dissolvable in the mouth, yet also able to survive some moisture to prevent curling or clumping together in the dispensers.

• InnoZen, a Woodland Hills, CA, drug maker, recently introduced Suppress Cough as “medicine in a strip.” In a September 11, 2005, report on Business/Your Money, Gary Kehoe, who directs research and development at InnoZen, noted, “If you had a tickle in your throat at church, it would be very easy to pull one out and put it on your tongue and suppress the cough before it starts. If you were going to pull out a traditional medicine and be fiddling around with foil or tablets shaking around, it would not be as discreet.”

• in-Pharma Technologist.com reported last April that MonoSolRx, a subsidiary of U.S.-based MonoSol that specializes in pharmaceutical applications of edible films, was granted a process patent in Ireland for the strips, “an emerging dosage form for the oral delivery of drugs and nutrition products.”

• Flatmints reports that it is developing a range of pharmaceutical products, and pharmaceutical-grade packaging solutions, for the edible film-strip market. On its Web site, the company says, “Dissolvable film, which can be used to deliver functional properties, is set to revolutionize the pharmaceutical industry. The benefits of film over conventional delivery systems are numerous: Faster absorption into the bloodstream; more portable than syrups and tablets; easy to administer; and more cost-effective than conventional tablet solutions.”

See the story that goes with this sidebar: Pondering the puzzle 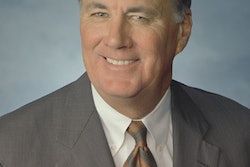 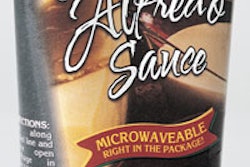 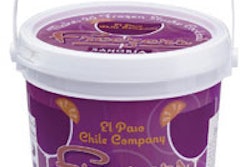 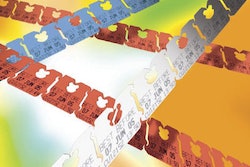